This site uses cookies and related technologies for site operation, analytics and third party advertising purposes as described in our Privacy and Data Processing Policy. You may choose to consent to our use of these technologies, or further manage your preferences. To opt-out of sharing with third parties information related to these technologies, select "Manage Settings" or submit a Do Not Sell My Personal Information request.

Required cookies are essential to let you move around the website and use its features, such as accessing secure areas, shopping baskets and online billing. These cookies allow our website to provide services at your request.

Functionality cookies are used to remember the choices you make, e.g. your user name, log in details and language preferences. They also remember any customisations you make to the website to give you enhanced, more personal features.

Targeting cookies collect information about your browsing habits to deliver adverts which are more relevant to you and your interests. They also measure the effectiveness of advertising campaigns.

Save Settings
Accept All

September 14th saw the return of the Morgan Challenge race to Castle Combe and with that the return of the Williams Morgan 4/4. Having not raced since 2016 it was too good an opportunity being our local track for owner and driver Henry Williams to miss.

Being 2.5 years since the car was driven in anger at a Morgan Challenge race Henry was nervous. Mainly because he felt rusty and not race car fit but also because many of the cars have moved on since that time. Henrys last two full seasons saw he win Class 2 years in a row and finish a very close second in the championship both years. A days testing soon put that right and the car felt quicker than ever on the new AO52 tyres and times well below the class record Henry set in 2016.

The race day got off to a great start with the team being the first car scrutinised and out on track for qualifying. Henry came in early after posting a quick time early on because of traffic and in the smallest engine starting 8th on the grid.

Both Race 1and 2 started badly with a slow start. The 1.6 sigma takes time to get going and many drivers got off a lot faster and left Henry work to do. Both videos are posted below for you to watch and you can decide how well we did.

Henry would like to thank his team for great support having the car perform perfectly. 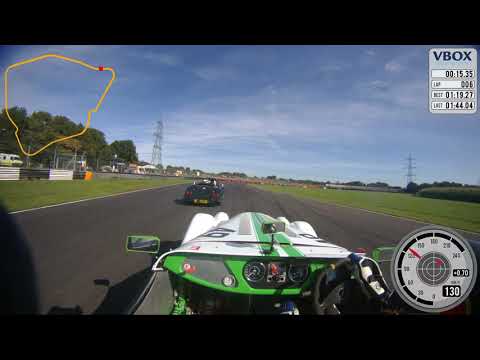 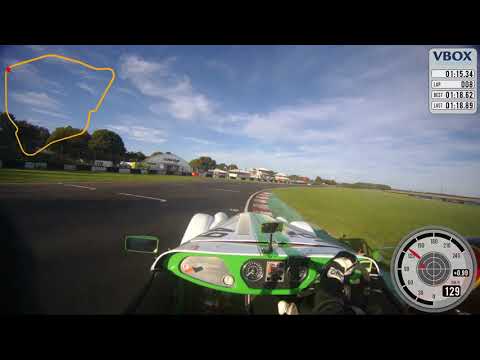